Aakhir Kab Tak is 2021 drama aired on Hum TV. The drama cast is very talented and made this drama more interesting with their outstanding acting. Lead roles are performed by Ushna Shah and Srha Asghar. Hum TV is known for producing dramas with unique stories and highlight the sensitive issues of our society. Let’s have a look at Hum TV Drama Aakhir Kab Tak cast and other details.

You can watch the drama serial Aakhir Kab Tak every Monday at 8:00 PM only on Hum TV.

Aakhir Kab Tak drama story is full of emotions, suspense, and entertainment. The lead role is performed by talented Ushna Shah. The drama story revolves around women’s harassment issues in our society.

Fajar (Srha Aghar) Younger sister of Noor (Ushna Shah) is a very innocent girl with very low confidence. Their father does not care about them and beats their mother. The environment of Fajar’s home is the main reason behind her cowardness. She faces harassment at her home, at her college but does not share anything with anyone.

On contrary, Noor is a confident girl who’ll become a support to her parents when his father is on be due to an accident. Noor fights for her sister Fajar and supports her to become confident and take a stand for herself. Noor also breaks the stereotypes and keeps on working hard and honestly.

Azfar Rehman is a talented Pakistani actor and model. He appeared in many hit dramas with lead roles. In the drama Aakhir Kab Tak he will appear with a new negative role, with a new look and incredible acting skills. Young and talented Srha Asghar is performing the role of Fajar, younger sister of Ushan Shah. 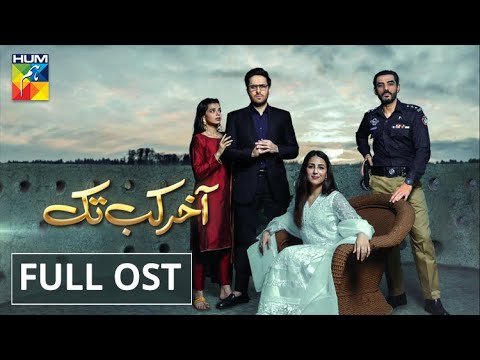