Azmaish is a family drama aired on Ary Digital in 2021. Lead roles are performed by Kinza Hashmi and Fahad Sheikh. The Drama story is full of emotions, romance, and entertainment. This serial is an addition to the success journey of Ary Digital. Read about Azmaish full drama cast name, story, and other details.

Kinza Hashmi is performing the role of Nimra in Azmaish. Nimra is a caring and innocent who faces problems in life due to the mistakes of her father. Kinza Hashmi paired up with Fahad Shaikh and viewers appreciate their onscreen couple. Fahad Shaikh is performing the role of Basit. Yashma Gill is a talented Pakistani actress, she is performing a negative role in Azmaish and her acting is outstanding. She appears with a new look and amazing character in this drama. Drama story revolve around the life of Kinza and Yashma. 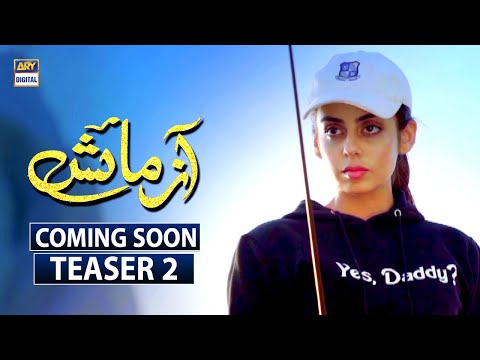