Badzaat is a 2022 Geo TV drama serial. Imran Ashraf and Urwa Hocane are performing the lead roles in the drama. This drama is based on a very different story. Fans are excited to see Mushq drama famed on-screen couple Imran Ashraf and Urwa Hocane. Let’s have a look at the complete cast of Geo TV drama serial Badzaat cast, story, release date, and other details.

You can watch the drama serial Badzaat every Wednesday and Thursday at 8:00 pm Only on Geo TV.

Mishbah Nosheen is the writer of the Geo TV drama serial Badzaat.

The story of Geo TV drama serial Badzaat Wali and Bia. Imran Ashraf is performing the role of Wali. A rich and powerful Angry young man. He used to humiliate in his childhood due to his mother. Her mother was a prostitute but then his father left her. 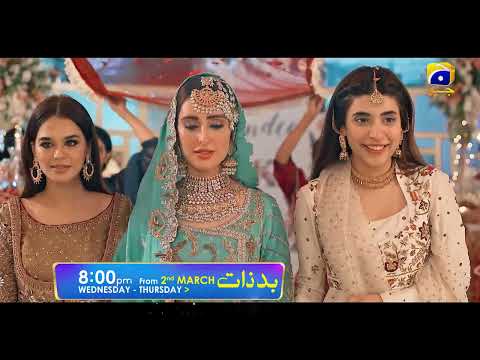