Dobara is a 2021 family drama aired on Hum TV. Hum TV is known for producing dramas with heart-touching stories and a talented cast. Drama Serial Dobara lead cast consists of Hadiqa Kiani and Bilal Abbas. After performing in the super hit drama “Raqeeb Se” Hadiqa Kiani is appearing with an exciting character in the drama serial Dobara. Let’s have a look at Pakistani Hum TV drama Dobara complete cast and story details. The story of the drama serial Dobara highlights the social issues faced by a woman after getting married to man younger than her. The drama story revolves around the life of a woman named Mehru (Hadiqa Kiani). She belongs to a rich family. She falls in love with a young boy Maahir (Bilal Abbas). Mehru has one daughter and one son.

Maahir (Bilal Abbas) is a young and handsome man, who belongs to a lower-middle-class family. He faces many problems after the death of his mother. His stepmother always creates problems for him. Mehru and Maahir decided to get married and they faces many objections from their families and society due to their age and class difference. After their wedding, Mehru’s son and daughter didn’t accept their relationship. Mehru and Maahir love each other and face all hurdles with courage.

The famous singer turned actress Hadiqa Kiani’s first drama was “Raqeeb Se” with Noman Ijaz. In the drama Dobara, she will appear with new a look and amazing character. Javed Sheikh is also part of Dobara’s cast and her acting makes this serial more funny and entertaining. 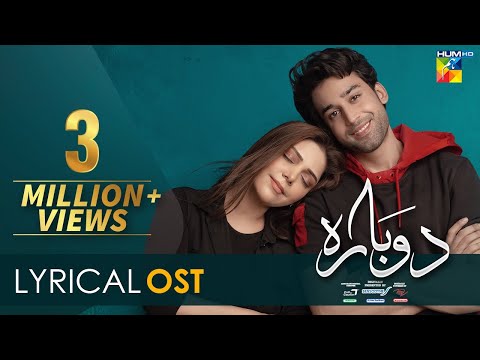