EK Jhoota Lafz Mohabbat’s drama story revolves around the life of a middle-class family. Areesha (Aiza Awan) is a young and beautiful girl, she belongs to a middle-class family and wants to become rich at any cost. She got engaged with her cushion Maaz (Junaid Khan), she does not like Maaz because he is not a rich man. On the day of their wedding, Aressha runs away from her house and her parents forced her sister Aleeza (Amna Ilyas) to marry Maaz. Hasan (Emmad Irfani) is a handsome rich man. Areesha meets Hasan and fell in love with him. 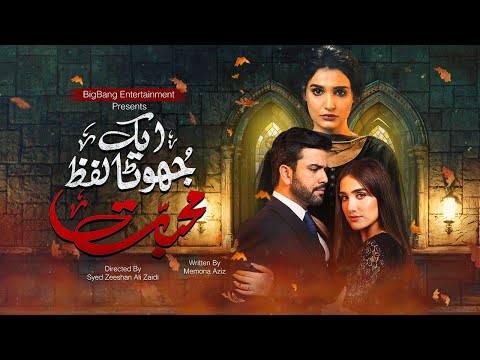