The Director of famous dramas “Pyaar Ke Sadqy” and “Ishq Zah-e-Naseeb” Farooq Rind has been directed this serial.

Hum Kahan Kay Sachay Thay drama story is full of entertainment. The drama story revolves around the life of three cousins. Mashal (Kubra Khan), a beautiful girl who belongs to a rich family. Mahreen lives in Mashal’s house. Mahreen and Mishal’s cousin Aswad is a young, rich, and handsome man.

Aswad is madly in love with Mashal and wants to marry her. He does not like Mehreen at all. Mashal and Aswad both dislike Mehreen and always blame her for everything wrong that happened to them. Due to some tragic incidents, Asawad married Mehreen to take revenge. Gradually Aswad gets to know about the qualities of Mehreen. What she has been gone through. In the end, Aswan realizes that Mehreen was not wrong all the time. No one in our society is perfect and can’t blame others and judge them, because no one is perfect. 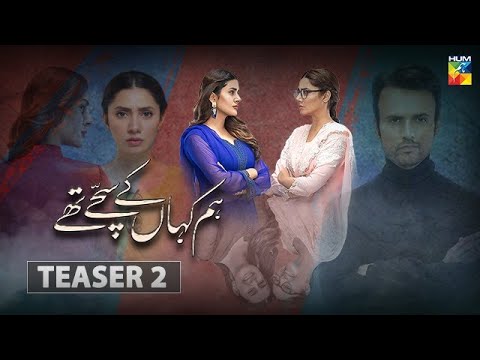