You can watch the drama serial Hum Kahan Kay Sachay Thay Every Sunday at 8:00 PM only on Hum TV.

This serial is directed by Farooq Rind.

Hum Kahan Ke Sachay Thay’s drama story is full of emotions, drama highlights some unexpected realities of our society. Mahira Khan will appear on the TV screen after five years and her fans are very excited to see her again in Urdu Dramas. The story of drama Hum Kahan Ke Sachay Thay revolves around Mehreen, Mashal, and Aswad. They are cousins and live in the same house.

Mashal and Mehreen study in same University. Mashal (Kubra Khan) is very beautiful and everyone adores her. Mehreen is a low-confident and average girl, always been judged based on standards made by society. Aswad is in love with Mashal and does not like Mehreen at all. Mehreen is always been misunderstood by everyone. Mashal died and everyone considered she died due to Mehreen. After a series of incidents, Mehreen and Aswad get married. Aswad considers that Mehreen is responsible for Mashal’s death and he marries Mehreen to take revenge but gradually he comes to know about the injustice that happened to Mehreen. The ending of this story teaches a beautiful lesson about the reality of life. Umera Ahmed’s outstanding emotional and realistic dialogues make this serial more interesting.

No one is perfect and has no right to judge others and label them. Like no one is right all the time and can’t blame others. Mahira Khan will appear on the TV screen after a long break and her fans are excited to see her again in dramas. Her super hit dramas are Bin Roye, Sadqay Tumhare and Hamsafar.

Mahira Khan is performing the role of Mehreen in drama Hum Kahan Ke Sachay Thay. Mehreen is a powerful character, an innocent girl who faced many problems in her life after the death of his father. She appeared on the TV screen after 5 years and her fans are very happy to see her again in Urdu dramas. Her full name is Mahira Hafeez Khan, she was born on 21st December 1984 in Karachi, Pakistan. She was got married to Ali Askari in 2007 and her relationship ended in 2015. She was blessed with a baby boy in 2009. Her upcoming movie is “Quaid e Azam Zindabad” with Fahad Mustafa. Mahira Khan’s next big project is “Aik Hai Nigar” with Bilal Ashraf on Ary Digital. Their fans are excited to see together again after their super hit movie “SuperStar”. Usman Mukhtar is a talented actor and director. In this serial, he is performing the role of Aswad, cousin of Mehreen and Mashal. His acting in HKKST is outstanding. His debut drama was “Anaa” with Naimal Khawar and Hania Amir. Viewers appreciated his on-screen couple with Naimal Khawar. Usman Mukhtar got married Zunaira Inam in 2021, his wife does not belong to the showbiz industry. His next big project is Sinf-e-Ahan with top actresses of the Pakistan drama industry. Kubra Khan performed a negative role in Hum Kahan Kay Sachay Thay. She is performing the role of Mashal, an egoistic and selfish girl, who always creates problems in Mehreen’s life. Kubra Khan has incredible acting skills. Her upcoming drama is “Sang e Mah” with Hania Amir and famous singer Atif Aslam. Sang-e-Mah is the sequel of the super hit drama Sang-e-Mermer. Famous actor Haroon Shahid is performing the role of Safi opposite Mahira Khan. His acting is outstanding in this serial. Haroon Shahid’s super hit dramas were Qayamat with Neelam Munir and Do Bol with Hira Mani. He is the cousin of the famous actor Ahad Raza Meer. 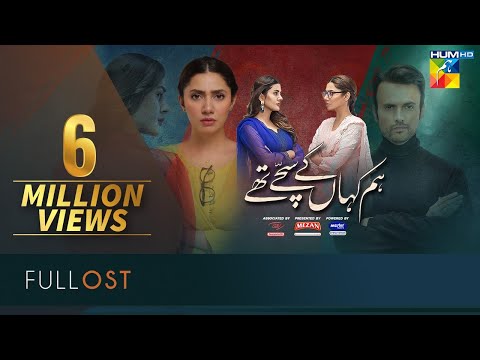