Hum Tum is a 2022 Hum TV Pakistani Drama Serial. Hum Tum is a family comedy-drama with a star-studded cast. Sarah Khan and Ramsha Khan are playing the lead roles opposite Junaid Khan and Ahad Raza Mir respectively. Hum Tum is a fun-filled drama with a very interesting story like Suno Chanda and Chupke Chupke. Let’s have a look at the 2022 Pakistani Hum TV drama serial Hum Tum cast name, timing, story, OST, and other interesting details. Here is the name of the full cast of the 2022 Hum TV drama serial Hum Tum:

Hum Tum is a comedy family drama serial revolving around the Love and Hate story. The drama story revolves around the life of three sisters. Ramsha Khan has appeared opposite Ahad Raza Mir and their love-hate relationship has their fans excited for the drama. Ahad Raza Mir has appeared for the first time in a comedy-drama serial. Ramsha and Ahad are appearing as an on-screen couple for the first time and their chemistry is just amazing which has made the drama more interesting.

Sarah Khan has appeared opposite Junaid Khan. Junaid is playing the role of a boy who is an expert in cooking and tries to impress Maha (Sarah Khan) with his cooking expertise. Sarah Khan is playing the role of a fitness freak who is a bit immature in other activities. She is performing as a different character and her fans are very excited to enjoy her in Ramadan serial Hum Tum.

Hum Tum is an interesting drama based on the story of modern youngsters and their humorous fight. Fans are excited to see this star-studded drama during Ramadan 2022. Hum Tum is expected to take place in last year’s Ramadan super hit drama Chukple Chupke. Ramsha Khan is performing the role of Neha in this serial. Neha is an intelligent and naughty girl, who always wants excitement in her life. Ramsha Khan acting in this drama is outstanding, once again she wins the heart of viewers with her incredible acting skills. 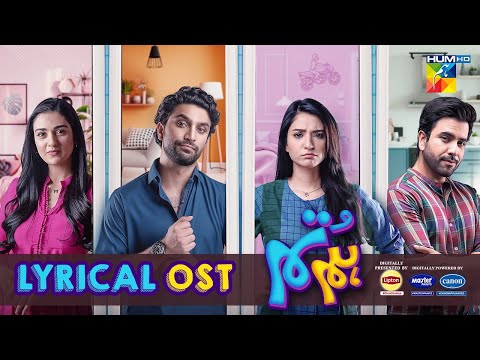