Inetqam is a Geo TV drama serial featuring Aruba Mirza and Humayoun Ashraf in the lead cast. Inetqam is an interesting drama with amazing twists in the story. Let’s have a look at the complete cast of the drama serial Inteqam cast, story, and other details. The story of the drama serial Inteqam revolves around the Aruba Mirza and Humayoun Ashraf. They fell in love with each other. They are cousins but their families are against their marriage due to the class difference. But somehow he convinces both families and they agree to their wedding. Aruba gets married to Asim Mehmood, her sister’s brother-in-law because Humayoun couldn’t disappear on their wedding day. Aruba Mirza and Humayoun appeared in the drama serial Rang Mahal together. They played the negative lead role in the drama. Both are amazingly talented actors. Their fans just loved their chemistry.

Asim Mehmood, Ellie Zaid, and Adla Khan are also part of the drama serial Inteqam cast. They are talented actors and theirs fans are excited to see them in the drama. 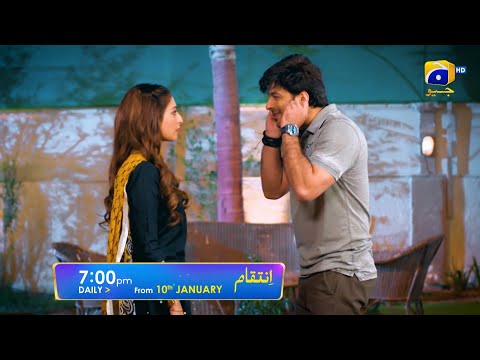