Ishq e Laa is a social 2021Hum TV drama serial. Ishq e Laa lead is an exciting drama featuring Sajal Aly, Azaan Sami Khan, and Yumna Zaidi in the lead cast. Sajal Aly has appeared in a quite different role in the drama Ishq e Laa. Ishq e Laa is the debut drama of talented Singer and Musician Azaan Sami Khan. The drama story is a bundle of entertainment. Let’s have a look at Ishq e Laa Pakistani full cast and crew details. Qaisera Hayat has written the exciting story of Ishq e Laa. She is the writer of famous dramas “Alif Allah Aur Insan”, “Dilruba” and “Qaisera Hayat”

Ishq e Laa drama story is full of suspense, romance, and entertainment. Sajal Aly is performing the role of a brave news reporter and her acting is outstanding. Sajal Aly is performing the character of Shanaya. Shanaya loves Azlan (Azaan Sami Khan) and they both face many problems in their life due to disclosing the bad people of society. Shanaya died in an accident and this incident changed Azlan’s life completely. With the passage of time, Azlan becomes rude and never cares about the feelings of the people around him.

Yumna Zaidi is performing the role of a lower-middle-class girl named Azka, who wants to get higher education. She works as a maid at Azlan’s house. She faces many problems in her life with courage and never loses hope. Drama shows the journey of young people of competing with social issues. Sajal Ali is a talented Paksitani drama actress. In Ishq e Laa she is performing the role of a brave news reporter and host named Shanaya. She appeared in many hit dramas and proved her incredible acting skills. Her recent hit drama was “Alif” with Hamza Ali Abbasi. She has won many awards for her outstanding acting in dramas. She is the wife of famous actor Ahad Raza Mir and sister of actress Saboor Aly. She lives in Karachi with her family. She is 27 years old. She started her acting career in 2009 and achieved many awards for her amazing acting in Urdu dramas. Azaan Sami is a famous Pakistani singer. He is the son of singer Adnan Sami Khan and actress Zeba Bakhtiar. He proved his amazing singing talent by making many hit songs for his fans. Now he will appear with an exciting character in the drama Ishq e Laa and prove his incredible acting skills. In an interview, he told acting with the most talented drama actresses Sajal Aly and Yumna Zaidi was a big challenge for him. Yumna Zaidi is also performing the lead role in Ishq e Laa. Yumna Zaidi’s recent hit drama was Raaz e Ulfat with Shehzad Sheikh. The upcoming drama of Sajal Aly and Yumna Zaidi is Sinafe Aahan. She is 32 years old. She is unmarried and lives in Karachi with her mother. Yumna started her showbiz career in 2012 and performed in many hit dramas. She also won the best actress awards in Lux Style Awards 2021. Rising star of drama industry aka Gulzar from drama Ehd-e-Wafa is also part of Ishq e Laa drama cast . He is performing an interesting character in Ishq e Laa. He is a talented actor, who won the heart of viewers with his amazing acting. He won the award for best Emerging talent in Lux Style Awards 2021. 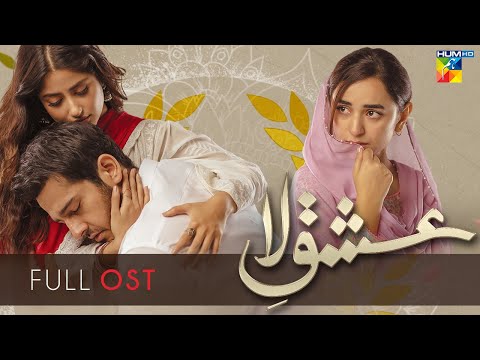