Ishq Jalebi is a romantic comedy drama aird in Ramzan 2021 on Geo TV. Drama story full of comedy, emotions, and romance. Lead roles are performed by Wahaj Ali and Madiha Imam. Viewers will see their favorite cast with a new look and incredible acting. Let’s have a look at “Ishq Jalebi” full drama cast and other details. Ishq Jalebi is a family drama with talenetd actors and a romantic drama story. Mohammad Boota is running his family business of making Sweets and Catering. His sons Rafaqat and Sadaqat have settled abroad with their families and leave their family business. Mohammad Boota gives his business to son-in-law Advocate Ashiq Hussaina and grandson Basim. Stroy takes a turn when Rafaqat and Sadaqat visit Pakistan with their families and Mohammad Boota announced the engagement of Bela with his cousin Viki(Usama Khan). The story revolves around the life of Basim and Bela, they are cousins and fall in love with each other. On Bela’s engagement, Basim realized he loves her and wants to spend his life with her. Viewers will see a love triangle between Madiha Imam, Wahaj Ali, and Usama Khan. Madiha Imam’s acting is outstanding in this serial and the comedy of Qavi Khan, Mehmood Aslam, and Noor ul Hassan make this serial more excited. This drama makes Ramzan 2021 more excited and entertaining. 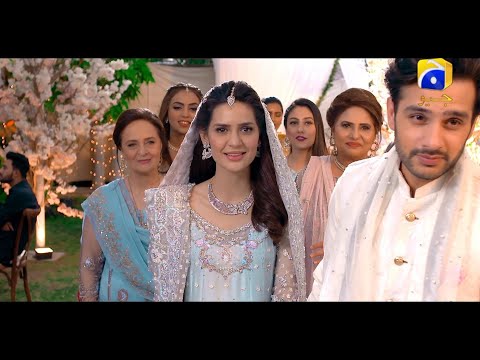