Mere Apne is a 2021 family Pakistani drama aired on Ary Digital. Mere Apne drama’s lead cast is Hajra Yamin, Zainab Shabbir, and Usama Khan. In September 2021, Ary Digital started many new exciting dramas for its viewers. This is one of the best dramas produced by Ary Digital in 2021. Read about Ary digital drama Mere Apne actors’ details, story, timing, release date, writer, and all information about this family Urdu drama. Mere Apne’s drama story revolved around the problems created due to the “Vata Sata” concept in our society. The drama story highlights the social issue faced by girls due to some unnecessary traditions. In this serial, Hajra Yamin and Zainab Shabbir are performing the role of sister-in-law of each other. Hajra Yamin got married to Ali Abbas and Zainab Shabbir got married to Usama Khan. Their families were very close before their marriages but with the passage of time complications in relationships increased. Drama is full of emotions, romance, and entertainment. 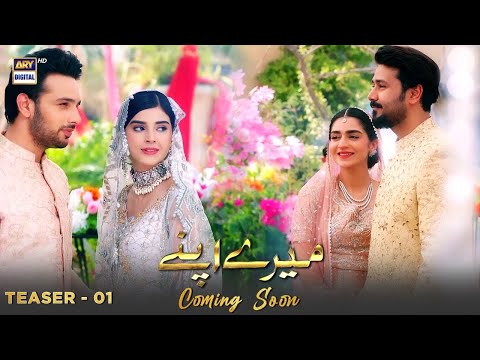