Mohabbat Dagh Ki Surat Drama story is based on the famous social romantic novel of Saira Raza. Mohabbat Dagh Ki Soorat Geo TV drama story is full of emotions, romance, and entertainment. The drama story revolves around the life of Neelam Munir. Sami Khan and Neelam Munir meet each other at their University and fall in love with each other. They face many problems in their life due to the difference in their family background. Syed Jibran is performing a negative role in this serial and his acting is outstanding. After Khuda Aur Mohabbat Season 3 Sunita Marshal will appear with a strong character in the drama Mohabbat Dagh Ki Surat. Syed Jibran and Sunita Marshal will appear as an on-screen couple in this serial. Sami Khan is a talented actor, his recent drama is Mohlat with Kinza Hashmi and Komal Aziz. In this serial, his acting is outstanding. 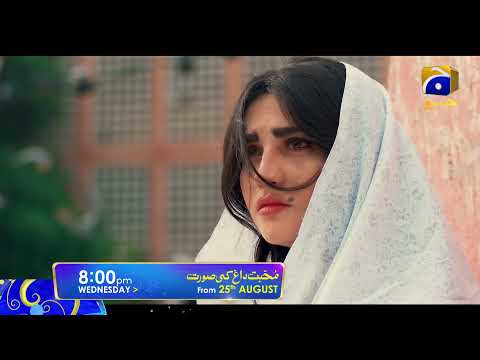