Mor Moharan is a 2022 romantic drama aired on TV ONE. Mor Moharan drama lead cast roles are performed by talented Zahid Ahmed and Sonya Hussain. This serial is an amazing addition to the success journey of TV ONE. Viewers are excited to see their favorite actors in different roles. Let’s have a look at TV One Pakistani Drama Mor Moharan cast, story, release date, and other details. Starting Soon on TV One.

Mor Moharan drama story is full of suspense, action, and emotions. The drama story is based on the long-time fight for the water in the desert, a fight between the young generations of the amazing desert. Sonya Hussian is performing the role of the princess of the desert, a brave and beautiful girl who can do anything for her family. Viewers will see an amazing love story between Zahid Ahmed and Sonya Hussain. This drama will highlight the beauty of the Pakistani desert and historical buildings.

Read MORE: List of Turkish Drama with Urdu Dubbing in 2021 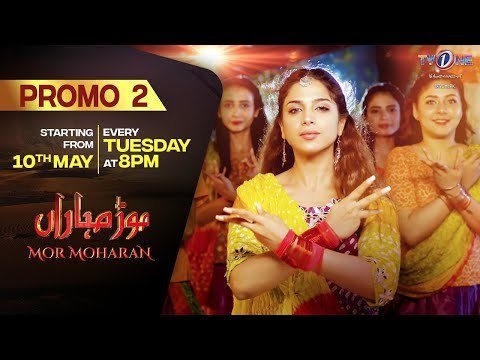