Here is the full cast of the 2022 Hum TV drama serial Paristan:

You can watch the drama serial Paristan from 1st Ramadan at 7:00 Pm daily only on Hum TV.

The story of the drama serial Paristan revolves around Pernia aka Pari (Aymen Saleem) and Arsam (Arslan Naseer). It is a comedy family drama serial with many interesting characters. Asim Azhar’s fiance Merub Ali is appearing opposite actor Junaid Jamshed Naizi aka Kamil from Sinf-e-Aahan. Their beautiful young couple made the drama more interesting. He started his from modeling and now his amazing acting skills. Viewers will many actors from the 2021 Drama “Chupkay Chupkay” in different characters.

Mira Sethi, Famous Youtube Taimoor Salahuddin aka Mooro, and Ali Safina are also part of the drama cast. Their fans are excited about all these amazing actors in the series. Viewers will see a serial full of fun and entertainment in Ramadan 2022. Aymen Saleem is a young and talented Pakistani actress and model. She is performing the role of Pari opposite Arsalan Naseer. Her acting is amazing in this serial. Pari is a pretty girl, her life revolves around her daydreaming habit. 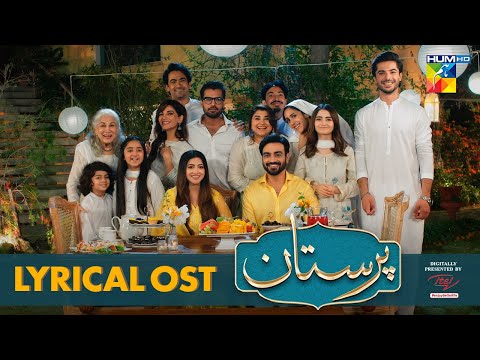