Mawra Hocane’s character name is Meherbano in the drama serial Qissa Meherbano Ka. Viewers appreciate an on-screen couple of Mawra Hocane and Ahsan Khan. She is a talented Pakistani actress and model. Her recent drama is Sabaat with Ameer Gilani and Sarah Khan. After the super hit drama “Qayamat” with Ushna Shah and Hina Altaf, Ahsan Khan will appear with a new look and interesting character named Murad Ali. His acting is full of entertainment in this Hum TV serial.

Areej Mohydin is a talented Pakistani actress and model. She appeared in many dramas with both lead and supporting roles. In Qissa Meherbano Ka, she is performing the role of Noor, sister of Meherbano.

Zaviyar Noman is a rising star in the Pakistan drama industry. He is the son of famous drama actor Noman Ijaz. He is performing the role of Mehran in the drama serial Qissa Meherbano Ka. 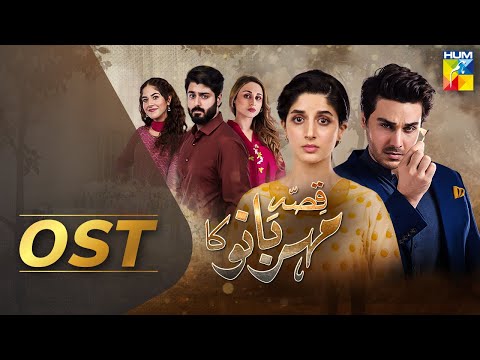