Ruposh is a Geo TV romantic drama serial aired in 2021. Ruposh drama cast lead roles are performed by Kinza Hashmi and Haroon Kadwani. The drama cast is young and talented, they will make this serial mazing with their outstanding acting. This drama will be an addition to the success story of Geo Entertainment. Let’s have a look at Pakistani Geo Drama Ruosh actors and other details. Ruposh drama story is a mixture of love, romance, action, and suspense. Lead roles are performed by Kinza Hashmi and Haroon Kadwani. They both study at the same University and fall in love with each other. Haroon is a young and emotional man, who hurts his relations due to his careless behavior. This is the first drama of Haroon Kadwani and his acting is outstanding. Some netizens compared him with actor Feroze Khan. The drama OST is also full of emotions and wins the hearts of viewers. 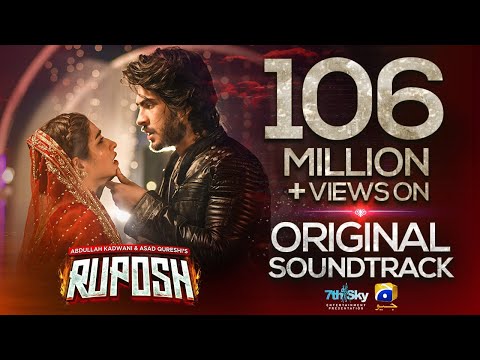