Sang e Mah drama story revolves around the life of a family that belongs to tribal areas of Pakistan. The drama story is a mixture of comedy, romance, and emotions. The drama will show how people sacrifice their life and love due to their ego. Sang e Mah’s drama highlight the life of Pakhtoons and their traditions. Sang e Mar Mar was a super hit drama of Kubra Khan and Mikal Zulfikar aired in 2016. The drama OST was also appreciated by the viewers.

Atif Aslam will perform for the first time in any TV serial and his fans are very excited to see him on the TV screen with beautiful Hania Amir. After performing in the amazing drama serial Hum Kahan Ke Sachay Thay, Kubra Khan will appear with a new character and outstanding acting in the dram Sang e Mah. The rising star of the Pakistan drama industry Zaviyar Noman, son of legendary actor Noman Ijaz is also part of this serial. 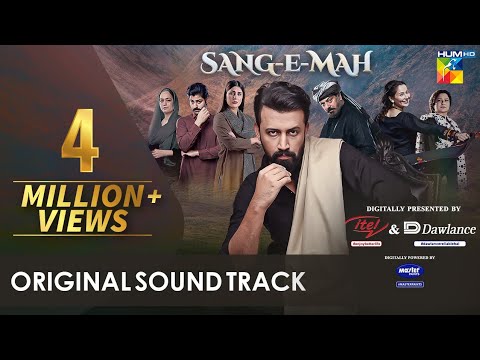