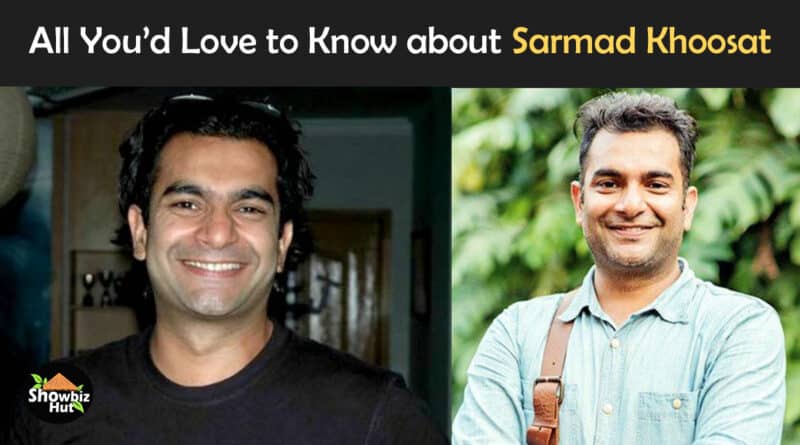 Sarmad Khoosat is a famous Pakistani actor, producer, writer, and director. He has directed many famous dramas and movies. Shehr-e-Zaat and Humsafar are among his most famous dramas as a director. Sarmad Khoosat has appeared on the TV screen after a long time in the drama serial Pardes as Ahsan. His fans just loved his amazing acting skills and adorable personality. Let’s have a look at the complete Biography, dramas, movie list, and other interesting facts about Sarmad Khoosat.

Sarmad Khoosat’s father was a famous Pakistani actor and producer Irfan Khoosat. Her sister Kanwal Khoosat is also an actor and director. His family has a strong connection to the showbiz industry and due to that reason, he joined showbiz after completing his education.

Sarmad Khoosat got married (only Nikkah) at the age of 27. He was directing Drama serial Humsafar at that time. With the passage of time, he realized that they were not ready for the responsibility that comes with marriage and he made decisions emotionally in past. That’s why he got divorced and has never married again.

Sarmad Khoosat started his showbiz career at a very young age. He got prominent attention for his sitcom “Shashlik” in the ’90s. Sarmad Khoosat made his acting debut in 2007 with the drama serial Piya Naam Ka Diya. He was also the director of drama. After that, he has directed many famous dramas over the years. He has worked as an actor in a few dramas and movies.

Sarmad Khoosat’s movie Zindagi Tamasha got banned in Pakistani due to a protest by TLP. He got death threats due to that movie. Sarmad Khooast has returned to the TV screen as an actor after a very long time with the drama serial Pardees. He is playing the role of Ahsan in Pardes and fans are in love with the on-screen chemistry of Sarmad and Shaista Lodhi.

Here is the complete list of dramas of Sarmad Khoosat:

Here is the complete list of movies of Sarmad Khoosat:

Manto as Director and ActorMotorcycle Girl as ActorZindagi Tamasha as Director