The story of the drama serial Sinf e Aahan is about the female cadets and lead roles are performed by the leading ladies of the showbiz industry. Sinf e Aahan drama story is full of action, suspense, and entertainment. The drama story revolves around the life of young army girls. Lead roles are performed by top Pakistani drama actresses. Syra Yousaf is all set to appear on TV after a long break and her fans are very excited to see her again on the drama Sinf e Aahan. The drama cast also consists of talented and gorgeous Sri Lankan Actress Yehali Tashiya Kalidasa.

It’s happening for the first time that the lead cast of drama has all girls and all top famous Pakistani actresses. Fans are very excited to see all of them together on screen. Sinf e Aahan is going to be a blockbuster serial because of its amazing cast and unique storyline. Sajal Aly and Yumna Zaidi are also appearing together in the drama serial Ishq-e-Laa. Sinf e Aahan drama cast will make this serial more entertaining with their outstanding acting skills. After performing in the super hit drama “Hum Kahan Ke Sachay Thay” Usman Mukhtar will appear with a new exciting character in this serial. 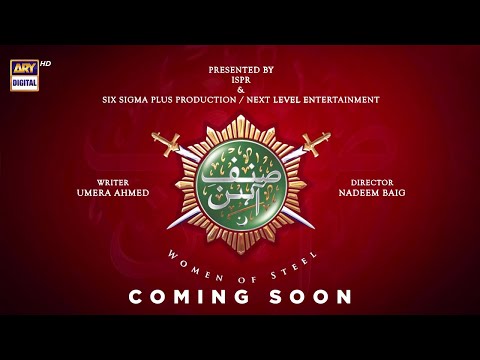