Wafa Be Mol is a 2021 family drama aired on Hum TV. Wafa Bemol drama lead cast consist of Komal Meer, Ali Abbas and Suknaina Khan. In 2021, Hum TV is producing many hit dramas with outstanding stories and cast. Komal Meer is looking extremely gorgeous in her role in the drama Wafa Be Mol. In 2021 Hum TV is producing many dramas with outstanding stories. Let’s have a look at drama Wafa Be Mol full cast, story, teasers, and OST. Wafa Be Mol drama story revolves around the life of a young girl, who has many problems in her life after marriage. Lead roles are performed by Komal Mir and Ali Abbas. There is a love triangle between Komal Meer, Ali Abbas, and Sukaina Khan. Komal Meer is performing the role of Hania. Hania got married to Azhar and problems started in her life. Azhar’s father role is performed by Behroze Sabzwari, who is over conscious about every little thing of his house. Sukaina Khan is the cousin of Ali Abbas (Azhar) and was disappointed after his marriage with Hania. Komal Mir is a young and talented actress, she is performing a different role in Hum TV drama. She started her acting career in 2020, her super hit drama is Ahd-e-Wafa. 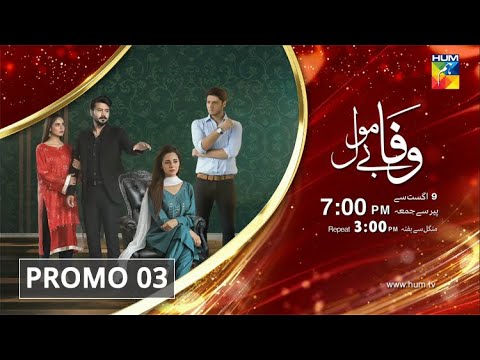