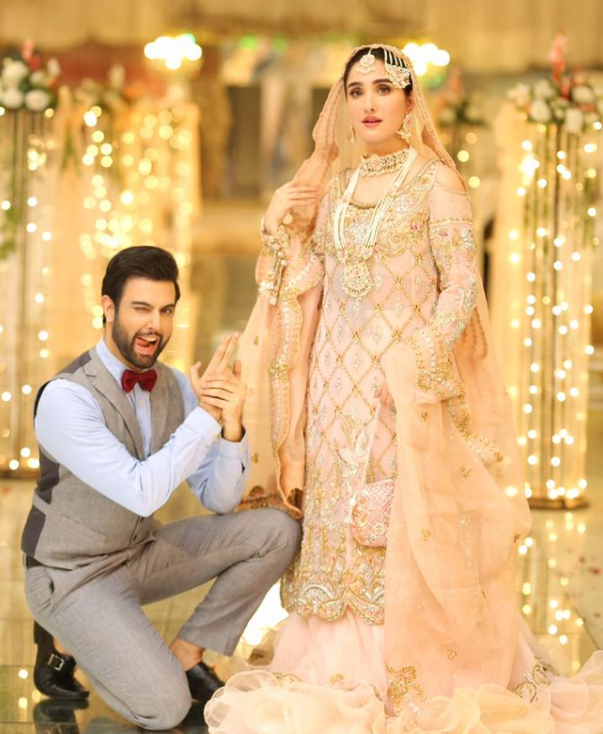 Hira Mani is a well-known Pakistani drama actress, singer, and model. She is performing the lead role of Muntaha in this serial. She is 32 years old. Hira Mani got married to actor Salman Saqib Sheikh at the age of 19. Hira and Salman have two sons. She started her acting career in 2010. She is a successful woman in both her personal and professional life. She appeared in many hit dramas with lead roles and proved her outstanding acting skills. Her recent hit dramas were “Mein Hari Piya” and “Yun Tu Hai Pyar Bohut”. Muneeb Butt is also part of the talented cast of the drama “Yeh Na The Hamari Qismat”. He is 29 years old. He is the husband of famous actress Aiman Khan, they got married in 2018. Aiman and Muneeb have one daughter named Amal Muneeb. Muneeb Butt started his acting career in 2012. His first drama was “Humnasheen”. He belongs to a Kashmiri family. He completed his degree in Media Studies. Noor Hassan is a famous Pakistani drama actor. He started his acting career in 2010 with the drama serial “Judai Maar Daiti Hai”. His recent dramas were “Benaam” and “Sia e Mohabbat”. Aiza Awan is rising star of Pakistan showbiz industry. She is also performing the lead role opposite Noor Hassan. His recent super hit drama was “Deewangi” in which she performed the role of Rida. Her first debut drama was “Mujhe Beta Chahyie”. Aamna Malick is performing the role of Saniya in the drama Yeh Na Thi Hamari Qismat. Saniya is the cousin of Ayan and wants to marry him. Ayan got married to Muntaha and Saniya started to create problems in their life. She is a young and talented actress and performed in many dramas with supporting roles. She was part of dramas “Der Si Jati Hai Sila” and “Kafara”. Hafsa Tariq is a rising star in the Pakistani drama industry. She is performing the role of the younger sister of Muneeb Butt in this serial.